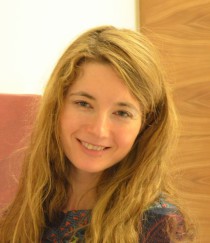 Anja Karnein is Associate Professor of Philosophy at Binghamton University (SUNY) where she teaches courses in normative and applied ethics as well as in social and political philosophy.

She holds a PhD from Brandeis University. After completing her Ph.D. she was a Visiting Fellow at the Edmond J. Safra Foundation Center for Ethics at Harvard University and, following that, Post-doctoral Research Fellow at the Institute for Society and Genetics at the University of California, Los Angeles. She spent several years at Goethe University in Frankfurt, first as a post-doctoral fellow in the Cluster of Excellence "The Formation of Normative Orders" and then as wissenschaftliche Mitarbeiterin (comparable to untenured assistant professor) for political theory and philosophy (Lehrstuhl Forst). During her time in Frankfurt she was also Visiting Scholar at the Bioethics Center at New York University and in the Law and Philosophy Program at the University of California, Los Angeles. Between 2012 and 2014 she was a regular Visiting Professor at Karl-Franzens University Graz.